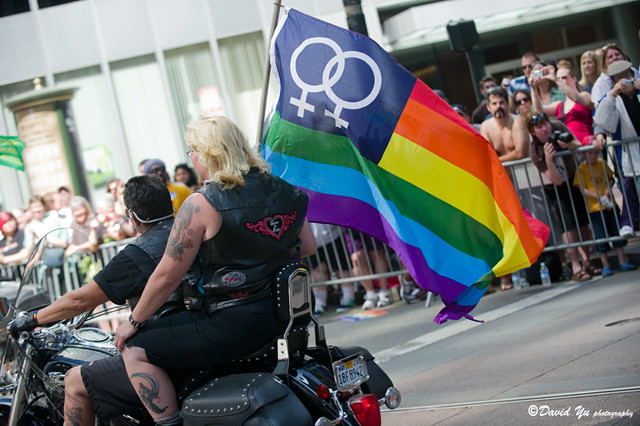 San Francisco Pride is perhaps the biggest party in the City by the Bay, bringing upwards of a million people over the Golden Gate and onto Market Street to celebrate, culminating in an infamous parade. This year, however, San Francisco’s Pride Parade may be a bit different than in past years.

A new theme, as always – this year’s is “Global Equality” – is not the only change those familiar with Pride will witness as the parade begins this weekend. This year, a new association known as OccuPride will be present to protest the commercialization of this event, now sponsored by Willie Brown and Wells Fargo. These protesters want to give Pride back to the gay community, taking it away from rich investors.

Many people, however, are still happy to attend the Pride festivities and to celebrate this important event for the gay community in a way that has become a San Francisco tradition over the course of its 42 years. San Francisco’s Pride has become one of the most famous and attended Pride celebrations in the world, and this weekend, nearly 200 contingents will make up the parade, which starts down Market Street from Beale Street at 10:30 am on Sunday, June 24th. The contingents will include Dykes on Bikes, who generally head up the parade, the San Francisco Bicycle Coalition, the San Francisco Leather Pride Contingent and the Golden State Gay Rodeo Association.

The parade may be one of the most famous Pride events, but it is by no means the only one. Parties, concerts and activities abound throughout the week and the weekend, many of which are open to the public. For a lineup of all of the events offered during this Pride in San Francisco, this schedule – available on the official Pride website – should help: http://www.sfpride.org/official-events/.

While in the early years of the parade, anti-LGBT protesters were common, today, Pride has become much more of a party than a place of protest, a celebration of the rights and acknowledgement the gay community has fought for and acquired over the past few decades, as well as a reminder of all that is yet to be accomplished.