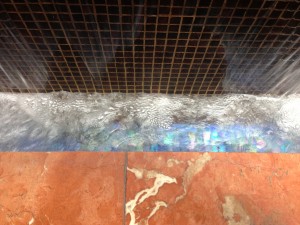 I recall a random conversation I had during the 90’s with a businessman while riding BART in the Bay Area.
“Corporations will rule the world and soon you will not have the freedoms you take for granted.” -he said.

By limiting opportunities for a select population we insure there are plenty of soldiers to serve in wars of election such as that of Iraq. For lack of education, health care…

She is hated for her success.

It is not the corporations she works for,
Nor the magnitude of her compensation,
It’s not the money in politics, nor
The vacuum it creates.
It’s not the moral compass of her character,
Nor the pragmatism.

It’s about getting things done.

The value of anything is its price.

Let me shelve this word before anyone uses it:

Not in a literal sense.

I am merely pointing out the concern…

It is your friend.

Dropping bombs will not make the world a better place. With the courage of your convictions.

It is a culture of distraction -say the talking heads on TV.

What is important is not on display.

We have been entertained to death. You will be the death of me.

Left in the sand.

Spread your wings and fly.

You are free. Watch the butterfly laugh at gravity. An endless spree. We shop ‘till we drop and it ends in horror, skyward, watching the spectacle. As someone called W.

Look beyond the shop window. Turn from what’s for sale. The Truth will stun you:

All this success is simply killing us. Killing them. Killing time. Kill the lights.
Show’s over got something to show you.

No, really, stop, you’re killing me.

If it doesn’t fit on a bumper sticker it probably wasn’t worth remembering.

Anyhow. And we sigh with relief, unburdened.

Nothing is a screaming success, she screams. Over the sands and over the wind. Nothing Happened here. Forget I ever said it.

Forget what you just saw.

The memory hole engulfs you. Orwellian fog. Flaming Liberal. Votes with conviction. And installs a trap door in the glass ceiling.

It’s the power of positive thinking. You too can grow up to be president.

Look at Iraq as a business opportunity.

The success is screaming. It succeeds.

The metrics of success.

Nothing is like sand in the wind. There is nothing like it. I love the wind in my hair as I drive a BMW across a newly minted wasteland.

The invective is against success, hers.

Do not pick up the word. To be left in brown paper packaging.

Neoliberalism. The dusty bugaboo. Of global consequence. Censored from our minds. Ablate.

It is a loaded gun.

Put down the gun. And walk away from it. Don’t even look at it. Hands above your head.

She is a screaming success.

We are simply drenched in reality.

What’s for dinner? An aperitif?

The success simply screams nothing. At nothing and is nothing. Plain and simple. If sand could bleed. If only the blood were from the sand. If only…

It is a loaded gun. Hands where I can see them.

Do we dare say the word? Simply drenched in success, she screamed. Nothing succeeds like success.

Simply a scream. To die for. She screamed.

Hated for her success, her savvy.

Has the sand surrendered yet?

Does emptiness, save wind over sand, define success? She screams success like it was.

Nothing, drenched in success, left in the sand. Save dreams and aspirations. And I am not mentioning Iraq. Plain and simple. Do not pick up the loaded gun. It is a dusty word called:

Would you like me to spell that? Is theft difficult to explain? The idea I mean?

Who does she work for?

The hot sands and dusty times have forgotten.

She screams that her success is succeeding without interruption. Like it was nothing. Plain and simple.

Success: It’s about getting things done.

I remember the conversation well, the pressed dress shirt the man was wearing. The briefcase clutched earnestly. An air of business acumen. An expensive clunky watch. A charming smile normally reserved for clients squandered on the likes of me, obviously broke. Perhaps that explains his candor.

The landscape whizzing by, dry golden hills. Was I dreaming or was it California? Can I be dreamt by a State? Can that state of blue follow me? -the sky I mean. Devoid of clouds.

The falling sands in the hourglass of time fall once. The infinity of that moment, any moment. Can you spare a moment? Have you got a moment? It was just a moment ago. Was that just now? What has time robbed us of?

The sand, drenched in blood, surrendered, opening to the loss of human life.

It’s Not What You Think

Amateur writer, pianist-composer, and denizen of Houston, TX. Email: james.legare@texan-gold.com -> I would be delighted to hear from you!